I believe This is being used more and more, Sick World

Here is an article I narrowed to prove a point, I'm starting to think I've been targeted:

(Paul A. Philips) Not satisfied with controlling the masses through guns, taxes, mass media brainwashing and by dumbing down… the government is using its agencies such as the CIA or DARPA as cover sources for secret energy weapon mind control technology.

Related EXPOSED: The Defense Department — DARPA Vader and the Evil Intel Empire Inside… EVERY Computer on EarthSource – Waking Timesby Paul A. Philips, April 19th, 2017Those likely to be victimized by the technology have a number of traits. Are you?*Someone having high integrity, acting with conscience..?*Having alternative views..?*An awakened activist, seeing right through and exposing governmental corruption..?*Seeing things from a higher perspective..?-Having these qualities, you could be perceived by your government as a threat to the advancement of their New World Order agenda. Consequently, you could be victimized through becoming one of the government’s targeted individuals for mind control. Without giving your consent or even knowing that you’re being targeted and manipulated, energy weapon mind control technology could be used to taint, discredit, impoverish, silence, subjugate or even kill you.The way it worksAka gang stalking essentially, the technology, the victimization, involves directing RF (radio frequency) or microwave electromagnetic waves on to areas of a targeted individual’s brain. By directing these invisible energy waves, specific areas of the brain are electrically stimulated to produce a whole plethora of assimilated events, such as those related to the effects of stimulating the auditory and visual senses. In other words, a targeted individual believing these induced hallucinatory experiences to be real will have no idea of their outside influences.-It works on the principle that all things are energy: A specific conscious experience can be energetically isolated, mapped and then reproduced for directing at targeted individuals’ brains to induce the desired hallucinatory experience for mind control.Related Voice to Skull – (Evidence and Anecdotes) What You Need to Know about Mind Control Technology The directing and targeting involves the mind-blowing use of advanced artificial intelligence guidance systems which can be used in conjunction with microwave cell phone towers, satellite technology, HARP-like installations, drones and implants… Microchipping is not necessary. Targeted individuals can be stationary or moving, in enclosed areas or out in the open, either way, the targeting is extremely precise. –Nick Begich has documented this making reference to new DARPA warfare technology.The effectsBesides auditory and visual hallucinations, other artificially induced experiences include states of euphoria, lovingness, the mystical, the telepathic, dream scenarios, mood changes, panic attacks or anxieties. Pains and brought on illnesses such as those related to heart problems… could be induced.As mentioned earlier, besides being perceived as a threat to the advancement of the new world order agenda for having certain qualities or alternative views, getting labeled as a ‘heretic..,’ there are other reasons for targeting. This includes, being chosen as an experimental R & D subject, or for social engineering purposes, or to stop you manifesting a particular outcome from, for example, something you’re specialized in which T.H.E.Y (The Hierarchy Enslaving You) don’t want others to know about, or for eugenics purposes (are T.H.E.Y trying to get rid of good humanitarian people?)…The effects may be used for psyops. For instance, a targeted individual may be made to hear ‘Allah’s voice in his head,’ telling him to go on a shooting rampage… Then there’s the mind control technology’s potential for inducing racial hatred or for the use of sexual exploitation… -As you can imagine the list of the technology’s manipulative capabilities is long.The technology can also be used for surveillance, as it is able to detect what’s going on with the 5-senses. It can also read thoughts using the remote neural monitoring processes… -All of which can be stored and referenced as a unique behavioral brainwave database belonging to a targeted individual.As part of the effects, third-party mind control involvement may be used. For example, stalkers may not know that they’re also being mind controlled to do the stalking on a targeted individual.

What needs to be doneIt is not the intention of the author to scare anyone. The purpose of this is to help targeted individuals understand and come to terms with what’s happening. Not be fooled by the electronic trickery.Of course, something needs to be done about this illegal, immoral governmental electronic terrorism. However, seeing the bigger picture, it may be difficult to incriminate the culprits: As mentioned by former CIA engineer and whistleblower Dr Robert Duncan it would be difficult to take the victimization cases to court, as the gang stalking involves a number of people in very high places who could control the law process… Having said that, there are ways and governments are getting pressurized to do something about it: Not just America, gang stalking is happening all over the world.Targeted individuals describing their nightmare experiences have shown us that they don’t necessarily have to be major threats to the new world order agenda to be targeted, just people known for having the already mentioned traits and qualities.Further, don’t underestimate the capabilities of gang stalking. None of this is exaggerated. Don’t forget, whistleblowers have revealed to us that the military industrial complex and intelligence agencies have secret technology that is way more advanced than what we know.(More like dumb agencies than intelligence agencies. Remember, when lying and inflicting harm on someone; ‘what goes round comes round.’ But since when have psychopaths ever understood this old adage?!)On the bright side, gang stalking for a number of victims has served as a fast-track to their awakening process. Some have gone on to become effective campaigners and crime fighters. They have made the public more aware of the victimization, exposing the related crimes against humanity, knowing what needs to be done: Gang stalking is a subject that has not been given enough attention. There are more people targeted than realized.Dr. Katherine Horton is such a person who has courageously resisted attempts to be psychologically broken by the energy weapon mind control technology. During her campaign for justice she has provided insightful and very useful information. Her account can be found from this disturbing but fascinating video that offers some solutions.Her website is https://stop007.org/https://sitsshow.blogspot.com/2017/04/gang-stalking-directed-energy-weapon-mind-control-technology-targeted-individuals.html#more

Involvement with the hells Angels, People I would be afraid of.

Please excuse the video, it's about the dark side of YouTube, that there trying to fix.

I found a string of people talking about it, I know it's disturbing, but the way I've been treated is disturbing.

There are some very evil forces in Arizona, justice means nothing, as so much hope is lost.

Gaslighting and stalking are the normal thing you here about these stories.

As we near the Lord's 2nd coming, I fear these types of things are going to almost seem random, but if real would have to be very deliberate.

I cover these things as an outsider trying to understand why anyone would be involved in such a thing.

Ask anyone who has been gang stawked what it does to your mind, with the judge*ment coming, well, that's why it's hard to understand.

Tucson Cemetery Spookiness, If you start in from FT Lowell and head west into the cemetery, there is a place where the trees become twice as dense.

That's why I put up a video on haunted places, not mine. there you have many of Tucson own Satanic Elite buried, the illuminate, and some say there's a real bonafide Vampire buried back there.

Photos and video are off limits in a cemetery. Big fines can be leveled.

I was listening to a guy on the bus talk, him and some Friends went into the cemetery to party with 40oz , and two cops turned on there lights and told them being in the cemetery after hours wasn't Allowed and told them about the $800.00 dollar fine, and let them go with a warning.

Another crazy thing was the super monsoon of 1996, when bodies stated floating around at the Cemetery due to excess flooding.

I put up this video not wanting to get fined for going back there.

The Twisted life of an Billionaire

This guy is so over the top, kill th m all, no mercy.

Terrible Ted he is called, it's scary to listen to these guys talk. Our lives are meeting less to them, but they'll save the bison.

Kill us all dead, and turn the world into a nature preserve. 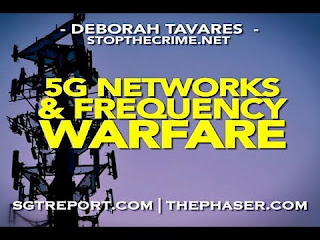 As you can see I'm a huge fan of Deborah's work, and what a great person. Thank you Deborah for your service. 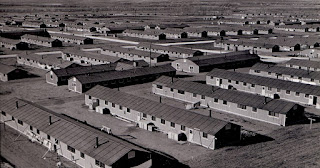 Stopthecrime.net have been shining stars in resisting all kinds of depopulation efforts, I leave you with a video from last month.

Hopefully we can educate the people on how they can protect themselves, in January of 2021 they were d platformed from YouTube, on the site is a link to lot's more video's. 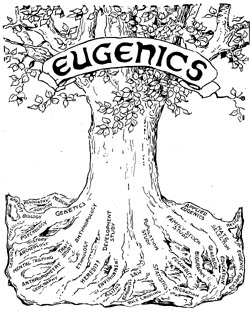 A very scary subject to say the least, covering vaccine and flu moving into our current pandemic but as you watch.
you realize where we've been, this film is from 2017, scary to think where we are now.
all the warning signs were in place, and maybe there's not much a person could do, but it makes me angry that we watched it all come together, and so many of us did nothing.
at March 06, 2022 No comments: 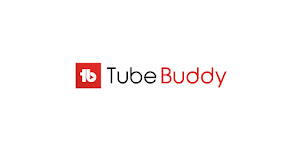